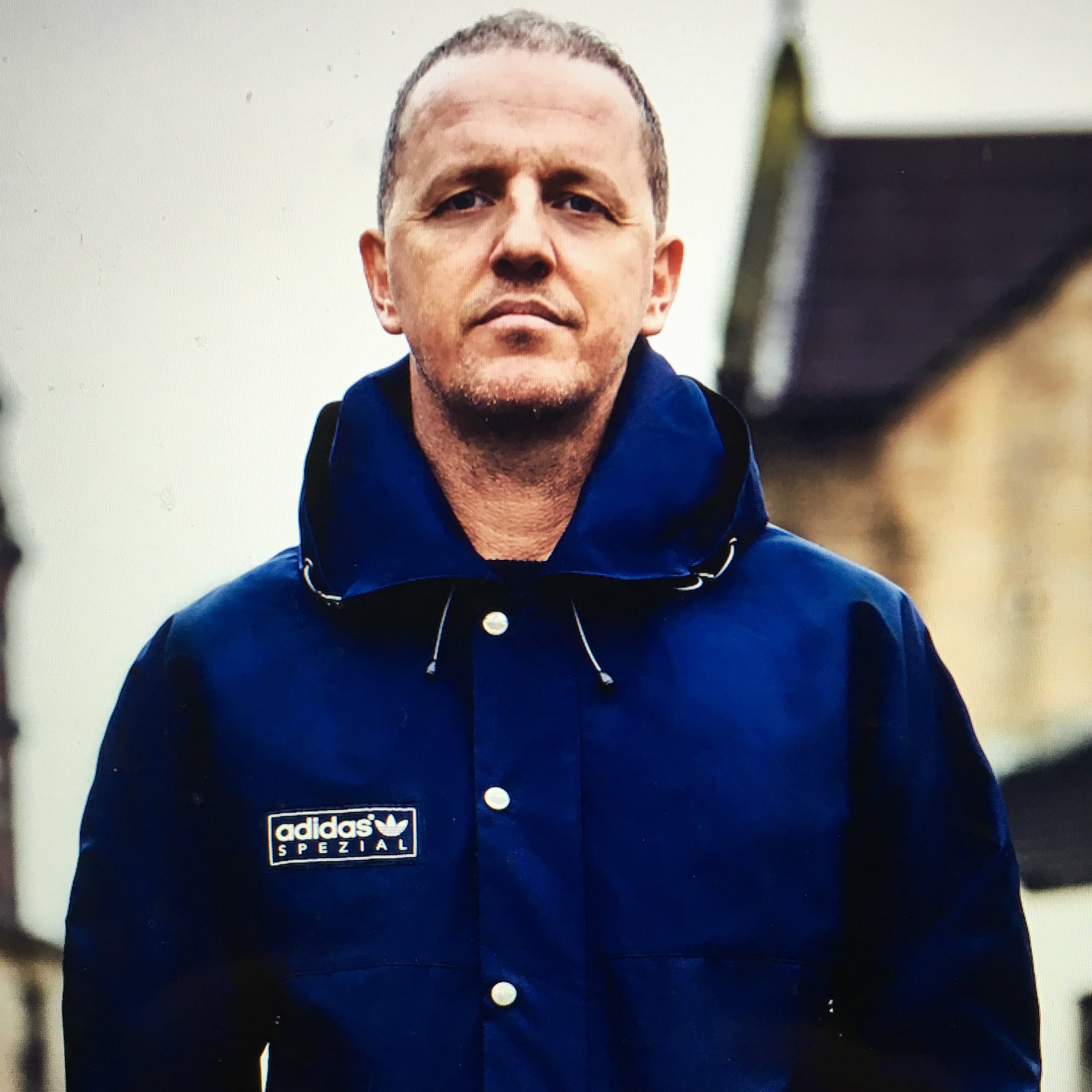 To celebrate the launch of the latest collection of adidas SPEZIAL we had a chat with man of the moment, Gary Aspden to get a little more insight into this season’s offering. Here’s how it panned out. So, what’s the thinking behind this season’s collection? We used a graphic on a piece of knitwear in […]

To celebrate the launch of the latest collection of adidas SPEZIAL we had a chat with man of the moment, Gary Aspden to get a little more insight into this season’s offering.

Here’s how it panned out.

So, what’s the thinking behind this season’s collection?

We used a graphic on a piece of knitwear in the first season of Spezial that we affectionately called the Modernist Trefoil. This graphic was reproduced for a banner by a group of Liverpool FC fans who were onto the range at the very beginning. They took this banner to a number of European games and in a very short space of time fans from other clubs created their own banners incorporating that graphic. I have since seen Spezial banners from a host of places – from Italy to Russia to Indonesia. There are a couple of really good ones at Old Trafford and there are now a number of banners at Ewood Park (I support Blackburn Rovers). That type of response to what we are doing doesn’t really get any better as far as I’m concerned – its a massive honour. adidas is inextricably linked with the subculture that surrounds British football but a lot of people who are into that are still only just discovering Spezial as distribution is relatively tight and it isn’t widely available. It still feels like a mass produced secret.

I wanted to reciprocate the love that has been shown for the Mod Trefoil by centring this latest collection around it. In many ways it’s become the unofficial Spezial logo. I love the fact that the popularity of the Mod Trefoil came from the people that buy the range as much as from us. There is nothing commercial or contrived about the way it has happened – it’s been organic and there is a purity to that. That deserves to be celebrated….

What’s your favourite piece this time around?

Today it’s the Sudell suit … it sums up what Spezial is all about. The fabrication is really slick and the linear Mod Trefoils across the chest are a subtle nod to the Lendl top. Spezial is about echoing and reinterpreting products from an era of adidas that I believe to be on the whole timeless.

What made you decide to reintroduce the Manchester?

There were a few reasons. They were originally created to be worn but only minimal quantities were originally available for retail due to the shoe being created outside of the traditional product creation/sell in cycle. The prices for the 2002 shoe had become so high and the chances of seeing them on foot were steadily becoming slimmer. I wanted to address that. Furthermore I was never 100% happy with them and whilst to some it had become a ‘sacred cow’ I knew there was room for improvement.

Why do you think the Manchester is such a sought after shoe?

It’s a good looking shoe that has never been overly distributed. It is associated with one of those cities that have played a huge role in the history and culture that surrounds the brand.

How do you decide what to bring back and when to introduce something new? Is it a pretty hard process?

People think I get to sit with the entire adidas back catalogue and just choose what I would like to bring back but this really is not the case. There are practical considerations that have to be navigated – primarily, does the tooling exist? And do we have appropriate lasts to match that tooling? These are the starting points. The cost of creating new toolings for sole units that don’t currently exist is not an option for such a niche range. Finding the correct last is crucial to the shape of the upper – a lot of lasts that were used for OG shoes no longer exist as they belonged to localised factories (many of those shoes were produced by licensees). We then have to ensure that what we do with Spezial has a point of difference from what the inline team are doing – hence why we on the whole reissue lesser known vintage shoes alongside new hybrids that have that vintage aesthetic. I am constantly being asked on social media to reissue stuff that has previously been put out by the inline team (particularly the ‘city’ series) which really would be a pointless exercise – that is not what adidas have brought me in to do.

A lot of talk has surrounded the Manchester but the Indoor Super looks pretty special too, what made you decide to bring this one back and how different is it from the original?

The simple answer is that I was not a fan of the 2004 reissue and thought that the Spezial team could improve upon it. Reissues are much more sophisticated now than they were back then. The Indoor Super is quite a well known archive shoe but historically these type of shoes were never that popular beyond the U.K. I personally believed that if we could get them right then they would be well received as they are a design classic. The good thing about classic designs is that if they are recreated with accurate specifications then they won’t be reliant solely on nostalgia for their popularity. We looked at several OG pairs with slight differences and took what we thought were the best bits from each. The upper specs are much more true to the vintage shoes, as are the materials/colours, but for me it is the improvement to the toe box that makes these. The resulting shoes and the response to them speaks for itself.

The collection has become pretty popular with some very prominent musicians and you have Wolf Gillespie as the face of this campaign. Is there an intrinsic link between SPEZIAL and the music scene or is it just coincidence?

I am a huge music fan. My first job in adidas was in Entertainment Promotions and consequently I have known a number of musicians (some of who I am a fan of) for many years now. I am pleased that some of those people really like what I am doing and have been very vocal in their support and love of it.

We chose Wolf for a number of reasons – primarily I don’t know any other teenagers who have hair like that and that was what we wanted for the styling of it. We like to present the range in ways that aren’t easy to pigeonhole so Wolf’s look fitted well. Kevin Cummins photographed his dad Bobby for the very first season so it was a nice continuation of that. It is a reflection of the fact that whilst Spezial is popular with a slightly older and more mature audience we are seeing more and more younger lads getting into it.

Do you keep one of everything for your personal collection?

Of course. adidas never had a long term plan for Spezial so I personally kept one of everything for posterity initially. Spezial has continued to roll through the love that it’s customers have shown for it so that archive is steadily growing.

Last but not least, if you had to pick your one favourite shoe of all time… what would it be?

Oh not that question … it’s like asking for my favourite album – it changes from day to day. I haven’t yet made my favourite adidas shoe of all time  – but I am going to try. Watch this space.