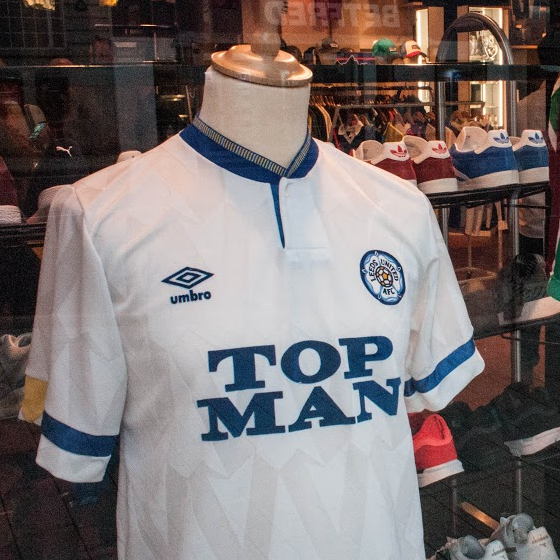 With over 100 shirts in his collection, for one night only The Hip Store was transformed with footy shirts everywhere, thanks to Neal Heard, a guy who’s knowledge of football shirts is simply overwhelming – what he doesn’t know about football shirts, well, just isn’t worth knowing.  A big thank you to everyone who came along!   […]

With over 100 shirts in his collection, for one night only The Hip Store was transformed with footy shirts everywhere, thanks to Neal Heard, a guy who’s knowledge of football shirts is simply overwhelming – what he doesn’t know about football shirts, well, just isn’t worth knowing.

A big thank you to everyone who came along!

We asked Neal himself a few Q’s on how he came to know all this info and if he could actually choose a favourite amongst his collection.

When did you first become interested in football? Is it a joint passion you shared with a family member or friend?
Strangely I was born into a non football loving family, my brothers preferred cars and my dad guitars but somehow football bit me real early and I have loved it for as long as I can remember.

When did you start collecting football shirts, and why?
Like most collectors, I am in denial, I don’t consider that I collect! To be honest, I have always dug the shirts as well as the game, I still totally remember getting a Liverpool away and Scotland home in 1977/78, I was smitten. My mother was an Art Teacher and so I think part of her love for design and style came through in the DNA, and that included kits. 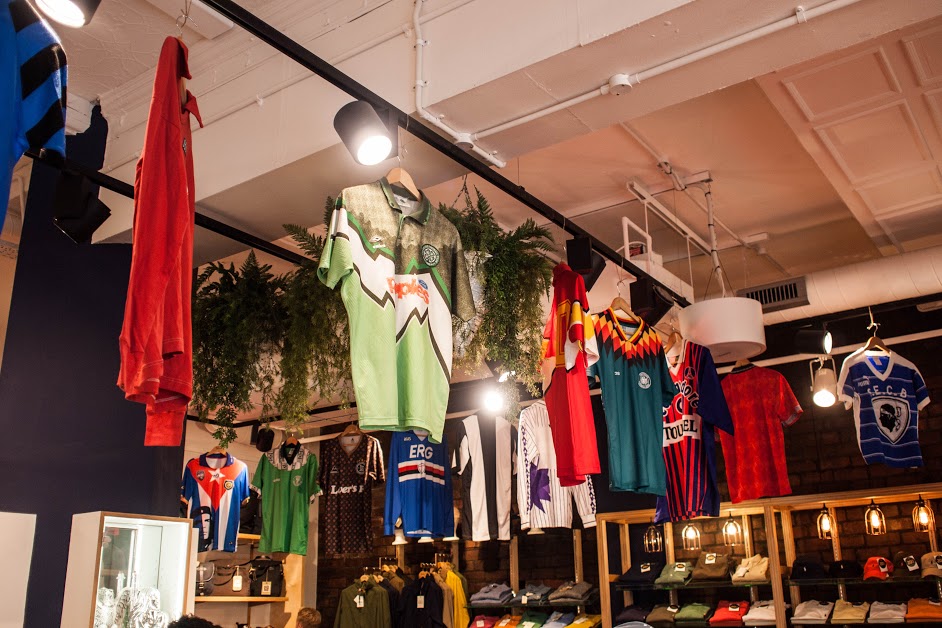 Which was the first shirt in your collection and what did it look like?
It’s a tough one, as I don’t have the shirts I had as a kid anymore, but as I mentioned, the Scotland shirt (though Welsh I loved Kenny Dalglish!!) which they wore at World Cup 78, so Google Archie Gemmil goal and you’ll recognise it, but I was struck by the visual branding of the Umbro diamonds down the arm and on the contrasting Red socks. 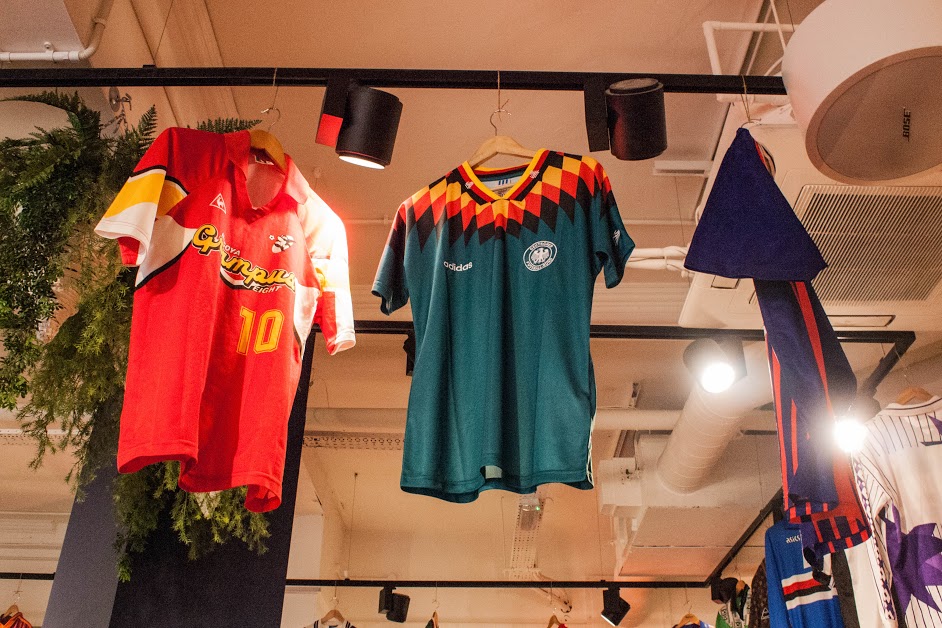 When did you first get the idea to write A Lover’s Guide to Football Shirts?

To be honest it sounds odd, but it kinda spilled out. I had long had the idea of a shirts book brewing away, collecting articles and shirts over the years, and suddenly the time seemed right and it just sort of wrote itself, it was a true labout of love, partially hence the books title.

It is an extremely comprehensive guide. What went into it in terms of research and travel? How long did it take to compile?
It probably took a year all in all, there wasn’t too much research really, it was mostly stuff I knew. It was more the logistics of actually locating shirts on the hit list and then detailing them and working it into chapters, which all kinda grew out a mountain of shirts. 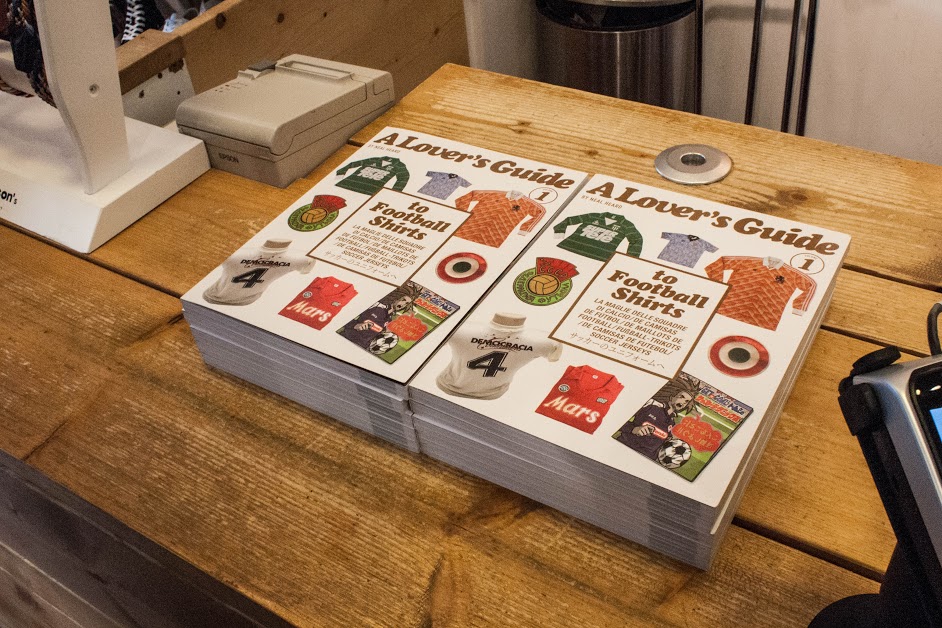 Do you have a favourite era of football shirts?
Yes, probably early 80’s to early 90’s, but I particularly collect the 1970’s NASL shirts and early 90’s Serie A shirts, especially Ennerre. The surprising thing was that I definitely came to appreciate the ‘crazy’ design shirts which I had previously not been too enamoured with. 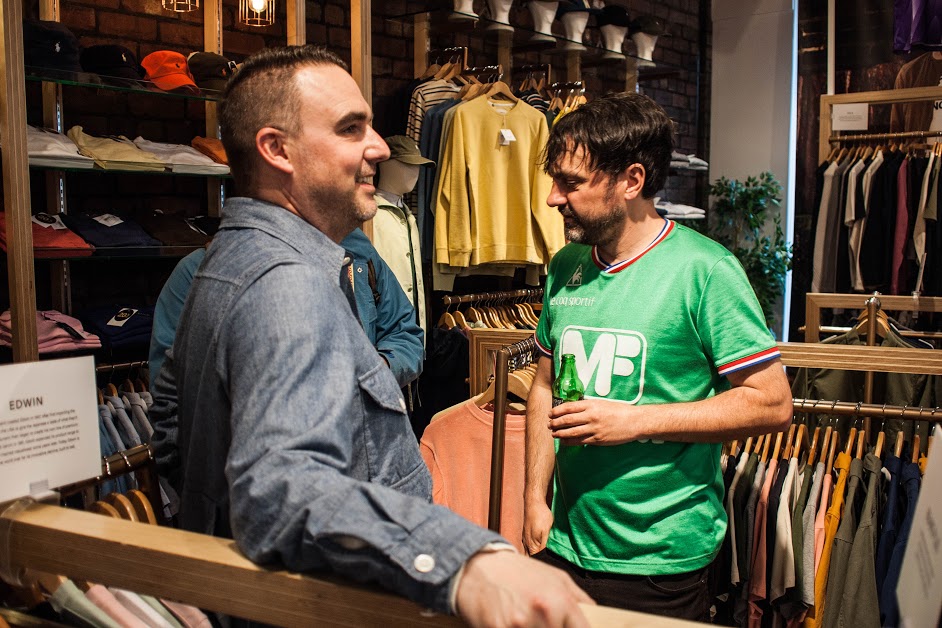 What do you think about the relationship between branding and football shirts? How important is this and what is the power of its influence?
For me the two go totally hand in hand, and the combination of 3 brands working together allied to the memories and lustre of glory associated with each shirt, all found associated with one item is totally why they have such resonance. By this I mean, you have the appeal and resonance of the team itself, it’s teams colours and badge, you have the power and resonance of the manufacturers logo and the design of the shirt and then it’s topped off with the power of the sponsor as a brand itself, so in this day and age of over branding, it’s a multi layered cake of hitting the spot brand wise. 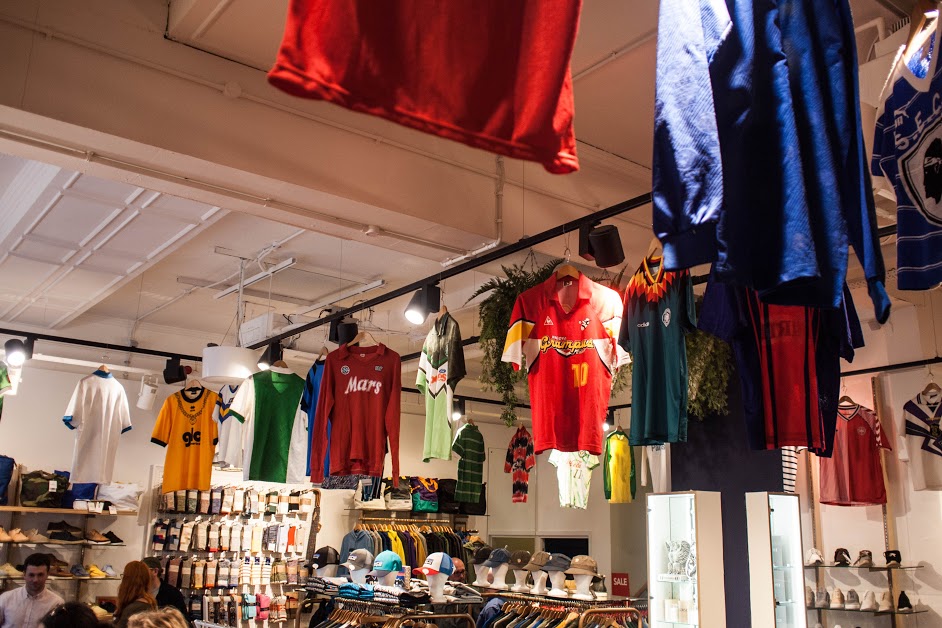 Which is your favourite shirt in your collection aesthetically speaking?
ooooh, that’s like asking which is your favourite child! But also it can change with time. Ok, I’ll say a top 3. One would be the classic angle, which is the St Etienne Jeresy from 1981, just because it’a thing of beauty and romance. It’s a rare Green, with thin hoops instead of stripes and is overtly overbranded with Super Tele and a flock Le Coq SPortif logo. Then I would say probably the most aesthetically classic shirt is the Sampdoria 1991, it just always works as a colourway and design. Then a bit left field is the Verdy Kawaski shirt of 1994, which is from the J League where they kinda played more with design, and this one looks like a shirt from the 60’s psych era, it’s a real trip of a design, finished with a Coca Cola sponsor. 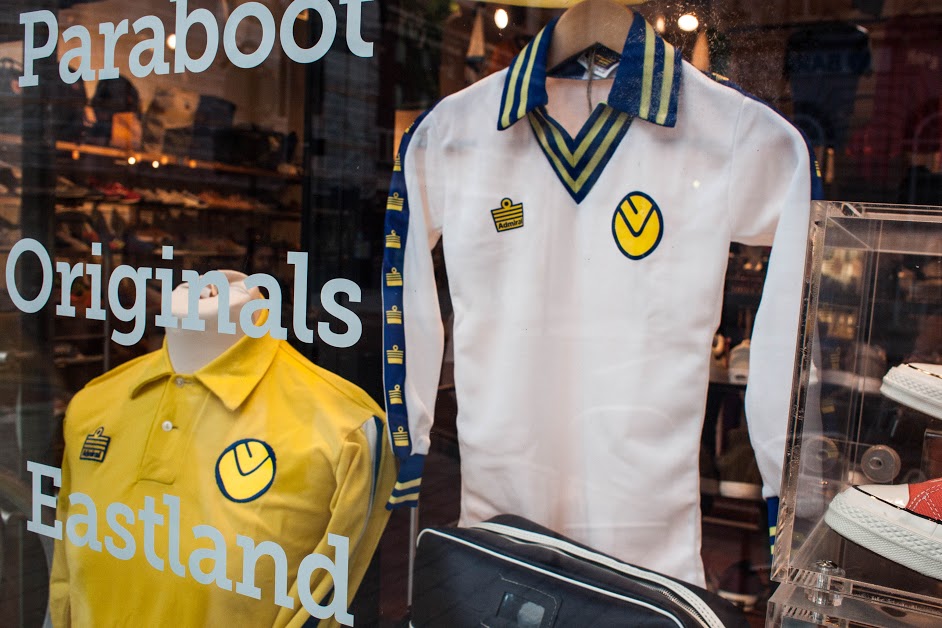 Which is your favourite shirt in terms of the memories you associate with it?
Again, sooo hard, too many, sooo many shirts hold memories, both from moments of actual football action, but also physical action, as in time and place I bought it or wore it, so in that sense, it would be my 1990 Gremio shirt which I swapped with a Brazilian during World Cup Italia 90. Beauty and memories collide. 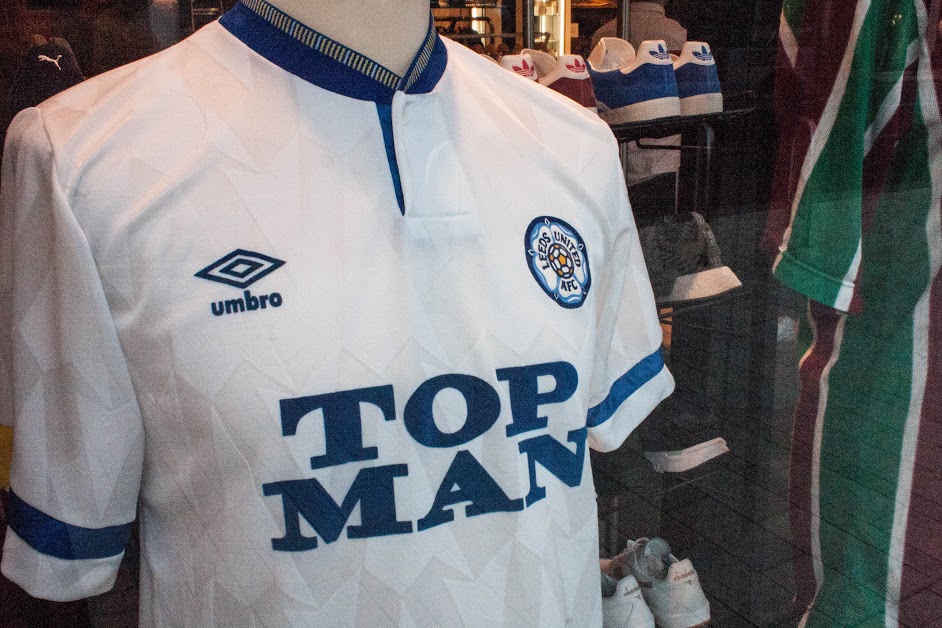 View all posts by Kate Simmonds