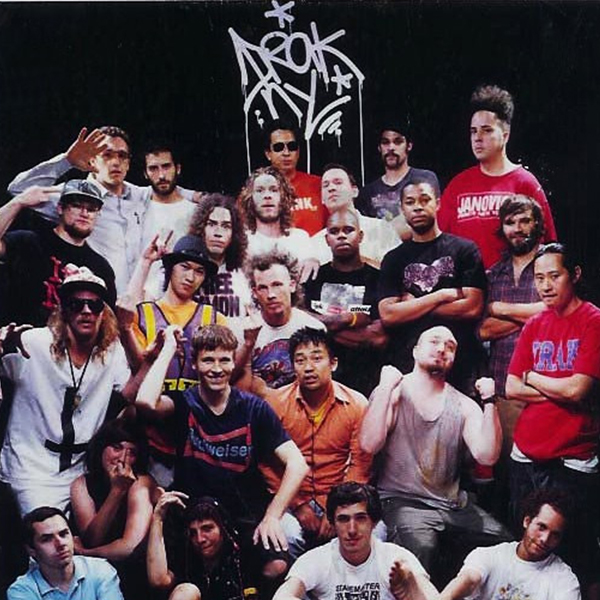 Rewind back to the early 2000’s and New York felt like a completely different place to the city we know today. Before the internet, iPhone’s and mass gentrification – New York was a place where locals called the shots and everything was up for grabs within the “rotten apple”. In similar fashion to the 90’s, […]

Rewind back to the early 2000’s and New York felt like a completely different place to the city we know today. Before the internet, iPhone’s and mass gentrification – New York was a place where locals called the shots and everything was up for grabs within the “rotten apple”. In similar fashion to the 90’s, the early 00’s birthed many crews, cultural movements and brands within downtown New York which still hold huge cultural influence globally to this day. Birthed from the grimy and competitive graffiti scene, IRAK began as a ruthless collective of friends who enjoyed graffiti, art and racking – which is street slang for shoplifting expensive gear (hence the name IRAK). Before the internet, it would be routine for crews to meet up after school or a certain time at their spot and get to work on the streets. IRAK was originally founded by now artist and designer Kunle Martins who went by the tag EARSNOT IRAK. The wider mysterious affiliated collective of IRAK featured known names such as Dash Snow, Dan Colen, Ryan McGinley and Jason Dill.

Kunle Martins aka EARSNOT IRAK had a skill for tagging and bending the system which was matched well with the ruthless environment on the city at the time. Leading a crew of more than 20 prolific writers through the streets daily, Kunle and co left their mark in some of the most iconic spots along with “racking” as they pleased. During the early 00’s, running with the right crew meant the city was your playground and the world was yours, pre-internet life meant less recordings and footage and more word of mouth storytelling to create a growing local legacy. Hitting building rooftops, subway tunnels, trash cans and bridges, IRAK went on a mission to tag their name in the most difficult and illegal locations possible to gain prestige for the name. Even now, 10+ year old tags from the crew can be found if you search within the 5 boroughs. More recently, Kunle has grown into a respected artist and designer, working under his own name and IRAK for projects with various art galleries, Supreme and adidas Originals.

After many years of hiatus, Kunle has re-launched the IRAK line of merch which first originated in the early 00’s, releasing small runs of hoodies, t-shirts and caps which have been met with instant sell outs and fanfare globally. Following on from the re-launch in 2019, IRAK has now set their eyes on new projects and collaborations to bring the brand to new audiences for the first time.

As part of the A-ZX Series that features 26 riffs on the classic adidas running shoes, adidas Originals partner once again with iconic New York based graffiti crew IRAK to revisit their 2008 collaboration on this bold, colour blocked ZX 8000. Using the 1988 ZX as it’s base, this early 00’s inspired design is finished off in typical New York fashion with a weatherproof GORE-TEX finish and OG style IRAK branding.