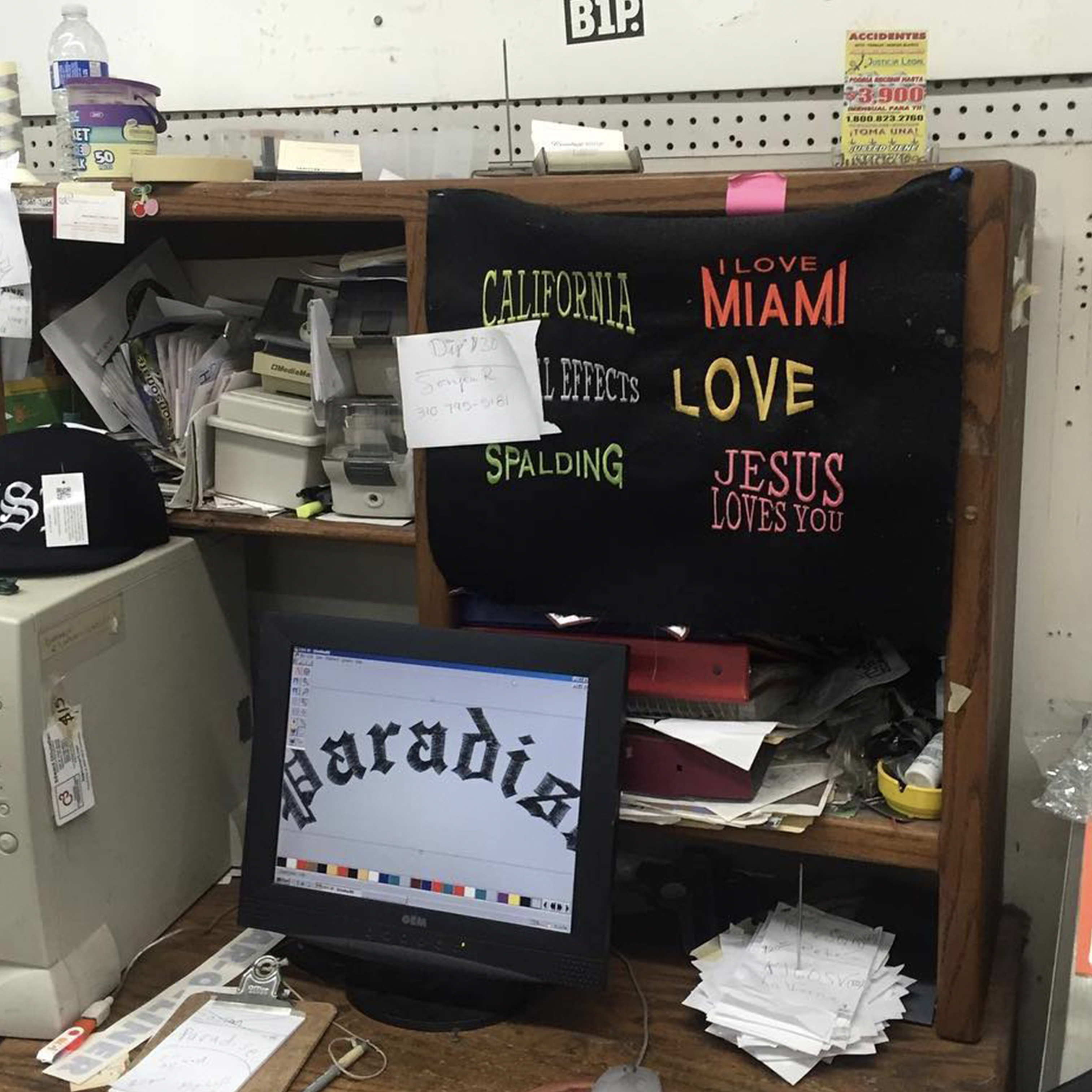 New to Hip for AW20 – Paradise or PARADIS3 – is the DIY brand born in 2015 from NYC based pro skater Sean Pablo – who rides for Supreme, Fucking Awesome and Converse. Paradise releases bootleg-style graphics on streetwear staples with fun and eye catching graphics that combine vintage inspired imagery with social commentary. In Sean’s own […]

New to Hip for AW20 – Paradise or PARADIS3 – is the DIY brand born in 2015 from NYC based pro skater Sean Pablo – who rides for Supreme, Fucking Awesome and Converse. Paradise releases bootleg-style graphics on streetwear staples with fun and eye catching graphics that combine vintage inspired imagery with social commentary. In Sean’s own words he describes his angle with the label – ”I guess I really don’t pay attention to the fashion world because it’s not as interesting as what friends and local brands are doing”.

Growing up in the laid back community of Silver Lake in LA, Sean’s father was a surfer and skater and influenced him to to start skating from an early age. After becoming friends with now fellow FA and Supreme teammates Sage Elsesser and Aidan Mackey, the crew began skating the L.A streets at any moment they could. Following on from growing up watching the more popular typical skate videos like Yeah Right (Girl Skateboards), Fully Flared (Lakai) and catching up with what would go down at the Berrics (private indoor skatepark owned by professional skateboarders Steve Berra and Eric Koston) the three evolved their taste and became fans of a more lo-fi, unique and stylish skating style riders such as Jason Dill, AVE and Dylan Rieder would partake in. Over time they spent many days hanging around the Fairfax area and over time became recognized and befriended by the staff at Supreme. In addition to thinking about how he rode and his trick selection, the influence from Dill and Rieder also overlapped into Sean’s unique and curated fashion sense, which is also seen in the DIY and modern punk graphics seen in each Paradise collection.

Initially rising to fame after featuring in 2014’s now legendary Supreme “cherry” full length, Sean Pablo began working on Paradise as a small side project originally gifting crewnecks and tees friends and family in his circle before fully launching the coveted brand in 2015 to immediate popularity and sell out drops. Soon after this, Sean turned pro for long-standing sponsor Fucking Awesome which further cemented his place in modern day skateboarding.

Coming from a family of forward thinking minds with his dad being a musician and his mother a teacher, Seans venture with Paradise was well supported and had inspiration from the start. Recent projects aside from Paradise include photo zines released with respected publisher Innen books and multiple colourways of his signature Converse Chuck Tyalor, with youthful and angsty elements from both funneling into designs seen in each Paradise drop. Other key figures from the Paradise circle include famed skater Mark Gonzales and underground DIY artist Weirdo Dave who have both collaborated with the brand in the past and have also helped Sean develop his craft across skating, art and style.

The first delivery of PARADIS3 NYC at HIP features a strong selection of hoodies, crewnecks and graphic t-shirts each following the recognizable youthful DIY vibe of the brand. Key pieces include the social commentary led Don’t Throw It Away T-Shirt and the collaborative capsule collection of hoodies and crewnecks with embroidered artwork from Mark ‘The Gonz’ Gonzales.