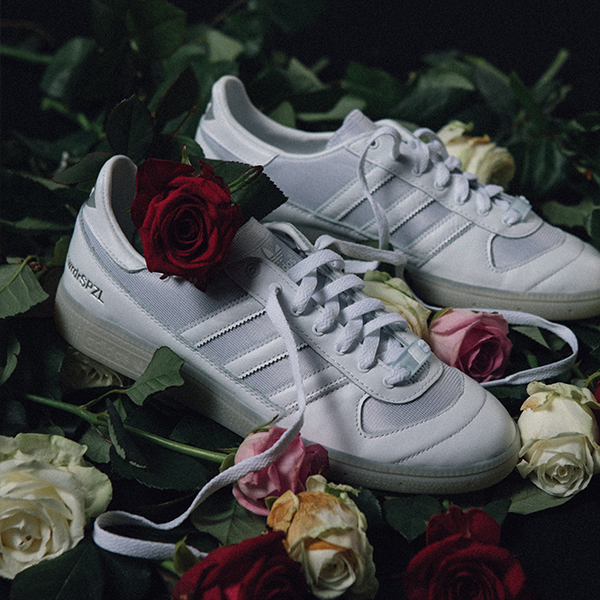 Gary Aspden’s adidas Originals SPEZIAL line presents chapter 2 of AW20 with _nwrdrSPZL – an official collaboration with iconic Manchester based electronic rock band New Order. The collection is heavily based around the repeated three block New Order ‘Tour’ graphic that the band have used for recent live performances in anticipation of new music being released by the […]

Gary Aspden’s adidas Originals SPEZIAL line presents chapter 2 of AW20 with _nwrdrSPZL – an official collaboration with iconic Manchester based electronic rock band New Order. The collection is heavily based around the repeated three block New Order ‘Tour’ graphic that the band have used for recent live performances in anticipation of new music being released by the band for the first time in 5 years. Founder and curator of adidas Spezial Gary Aspden, is a long time friend and fan of New Order with the collaboration being born out of their long-standing organic relationship. The adidas Spezial team and New Order worked closely on the project, with New Order traveling over to Herzogenaurach (adidas HQ) for each design meeting and sample review.

The collection is led by the the Wilsy SPZL, which was an obvious choice as a style Bernard Sumner has worn on stage consistently during New Order’s recent live shows. This one-off New Order version arrives in a premium clean white leather with a white translucent sole along with updated vamp details, co-branding and the subtle addition of white eyelets. The footbed carries the coloured ‘Tour’ graphic and the shoes with interchangeable branded lace jewels and reflective laces that offer a colour stab to a limited release of this iconic silhouette.

Moving focus to outerwear in the collection, the collection’s standout jacket is inspired by Bernard Sumner’s love of sailing with a parka in a coated woven fabric with a mesh lining and features ‘hidden in plain sight’ tonal reflective branding and stripes. Finer details include a distinctive see through hood window panels and a New Order sleeve patch – which are both synonymous with yachting jackets. The Manchester appropriate tonal grey of the jacket is lifted by a detachable and interchangeable colour-pop pullers to allow the wearer to customise the look of the piece.

Hailing from Manchester, New Order’s authentic connection to football culture is referenced through a football jersey that uses their repeated ‘Tour’ graphic in a tonal engineered jacquard base fabric with elasticated ribbing on the neck and sleeve. The shirt is finished off with Latin script used in the ‘Mod Trefoil’ badging along with a twist on modern football kit sponsorship with the use of song title ‘586’ across the chest. Continuing the sporting theme, The New Order track jacket lands in a clean navy made using recycled PES blend pique material. The jacket takes inspiration from classic adidas track jackets (particularly the signature argyle print of Ivan Lendl) and re-appropriates that look and feel with a repeated print of their ‘Tour’ graphic sitting above the hem.  Rounding off the collection is a graphic logo tee in heather grey cotton and uses the ‘_nwrdSPZL’ graphic underpinned by ‘True Faith’ in Latin.

The adidas Originals Spezial AW20 Chapter 2 _nwrdrSPZL collection is online now and in both our Leeds and Nottingham stores.