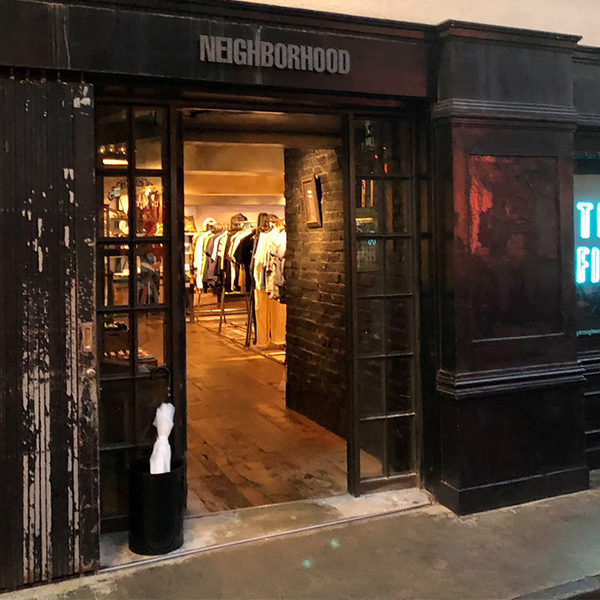 While streetwear’s soaring popularity is at times hard to comprehend considering its earnest and humble beginnings – a whole story in itself – there have been a number of pioneers along the way that have been instrumental in laying the groundwork that is being built upon by the current generation. In the West, you think […]

While streetwear’s soaring popularity is at times hard to comprehend considering its earnest and humble beginnings – a whole story in itself – there have been a number of pioneers along the way that have been instrumental in laying the groundwork that is being built upon by the current generation. In the West, you think of Shawn Stussy, James Jebbia and Erik Brunetti, but in the East it was a whole different ball game; in Japan alone, there were a handful of young guys brimming with creative energy and talent. They couldn’t be confined to printing on graphic tees, it was bigger than that. From this, names like Nigo, Tetsu Nishiyama, Jun Takahashi and the man behind the brand in question, ​Shinsuke Takizawa of Neighborhood Japan,​ became icons. As is often the case when we speak about some Japanese brands, there is frequent reference to Americana and the West, whether that be the music, culture, film or clothing. This was a pre-internet era, so, with the birth of the World Wide Web, the whole world was exposed to this seemingly underground culture, known to locals as ​Urahara​ – short for Ura-Harajuku which is colloquially defined as the backstreets of Harajuku, a district in Shibuya, Tokyo.

Urahara was a place for like-minded individuals to come together which helped the community and culture around them grow naturally. ​Emerging in the early 1990’s with the rise of brands such as Neighborhood, WTAPS and BAPE, the Japanese streetwear scene was gaining traction amongst the youth. Although, you can’t have such a fast-growing movement without a number of pioneers, this took the form of Japan’s young designers. Two of these were Nigo and Jun Takahashi who met at​​ Tokyo’s Bunka fashion college​, with a shared interest in fashion and music they formed a friendship which led to the opening of NOWHERE in 1993. NOWHERE was the first location where BAPE and Undercover were carried, one half of the shop was for Nigo’s A Bathing Ape graphic shirts, while the other housed Jun’s stock. Their store was located in the heart of the community, Urahara. Designers such as Shinsuke Takizawa followed suit and channeled his interest in heavy metal and motorcycle culture into utility-focused garments.

Shinsuke Takizawa launched his brand Neighborhood Japan back in 1994 but, as is often the case, the story didn’t just begin there. Takizawa first visited the area of Harajuku in the 1980s, which at the time was undergoing a phase of culture exploration with thanks to pioneers such as Hiroshi Fujiwara and ​Nobuhiko Kitamura​ leaning on Western influences. During a stint at record label Major Force, he took over the design side of the business and Takizawa’s interest indesign flourished. There was a deeper yearning to do something inherent to him and the influences he’d been exposed to, that something was Neighborhood Japan. With some of the groundwork already laid before him, he set up shop in Tokyo’s Harajuku district establishing Neighborhood as one of the first retail stores in the area, alongside Nigo and Jun Takahashi’s NOWHERE. He was utilising all the knowledge and cultural infatuation he had harnessed in the years leading up to that point, drawing on references to punk rock and motorcycle culture in the process. These are two elements that frequently crop up and while they have informed theirdesigns over the years, its identity is not indebted to them. In their own words, Neighborhood makes it their mission to produce “basic clothing created by digesting unique interpretations of elements from motorcycles, military, outdoor, trad, etc. and also suggesting this lifestyle.” This melting pot is what makes each product so unique and a testament to everything Takizawa has learnt throughout his career.

Shop the latest from Neighborhood at HIP online now.