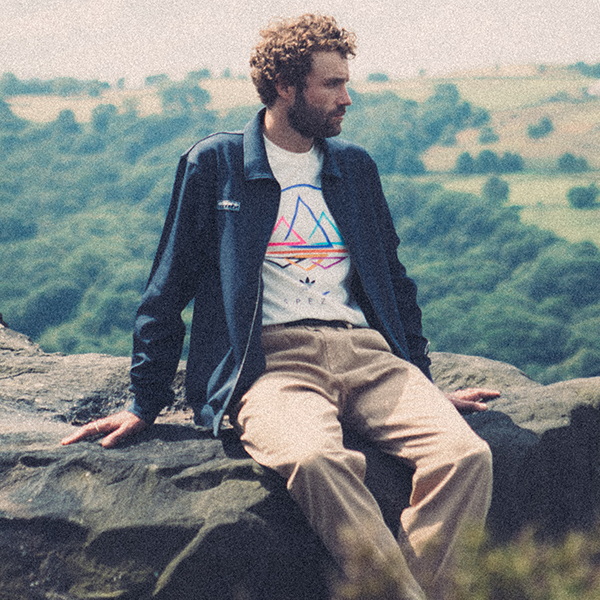 Following on from collaborating with New Order in AW20, Gary Aspden’s coveted adidas Originals SPEZIAL imprint returns with a new long-awaited collection for the SS21 season. Featuring a wide variety of silhouettes taking reference from the adidas Originals archives, the collection draws inspiration from the 1970s through to the early 90s and uses a strong 1980s colour […]

Following on from collaborating with New Order in AW20, Gary Aspden’s coveted adidas Originals SPEZIAL imprint returns with a new long-awaited collection for the SS21 season. Featuring a wide variety of silhouettes taking reference from the adidas Originals archives, the collection draws inspiration from the 1970s through to the early 90s and uses a strong 1980s colour palette mixed with the bright neons of coastal surfwear.

Each piece takes reference from the deep adidas Originals archives, unearthing lesser known styles from the past alongside fan favourites with new life through unique hybrids that people have come to expect from the adidas SPEZIAL line.

Consisting of five unique silhouettes, the footwear offering for SPEZIAL SS21 is a mix of new hybrids alongside tweaked versions of lesser known shoes from the brand’s rich history. Keeping things clean, the Burnden SPZL is a brand new hybrid all-white court trainer that borrows from a vintage suede adidas trainer made under license in Japan, with a curvy eyestay and heel overlay. One for the fans of vintage runner styles, the Hoylake SPZL is based on a rare South African style and is composed of a grey suede and textile upper matched with an EVA midsole and a rubber outsole, effortlessly completed with navy, blue, and red accents throughout. Adding to the legendary storybook of SPEZIAL, the inspiration for the Hoylake shoe came from a pair discovered by a notorious adidas collector based in the town of Hoylake (in Merseyside) who kindly lent the only known pair to the adidas SPEZIAL team to create this new iteration. Giving a new twist to one of the brand’s most iconic runners: the Marathon 86 returns in a bold fluorescent yellow suede and textile upper with navy stripes but is updated with additional suede overlays that were used on early prototypes of the original shoe. Collectors will be delighted to see the inclusion of a City Series classic also, with a revamped take on the Malmo silhouette that takes inspiration from an ultra rare 1976 version of the Malmo that used a nylon mesh upper. This new Malmo also includes re-branded details with the adidas Spezial ‘Mod Trefoil’ graphic on the tongue and heel whilst the upper specifications are revised with a reworked toebox. Nicely rounding off the footwear offering is an homage to Spezial curator Gary Aspden’s upbringing as the brand brings back the highly sought after Blackburn SPZL silhouette in the new ‘Ewood’ edition.

The apparel side of the collection sees a number of lightweight summer-ready pieces highlighted by the Aldrington Anorak with its signature neon pink panelling which is based on an outdoor jacket style that was popularised in Japan almost three decades ago, arriving in a generous and suitable vintage 90s fit. Another Spezial classic in the making is the new rain-protective deep red Todmorden smock (named after the small West Yorkshire town) which features oversized chest branding and array of draw cord pockets. Additional staple summer styles include the 70s vintage training inspired ‘Ewood’ tracksuit, the Birchall graphic tee, the Durrington Shorts, the lightweight mesh Ellenshaw Cap and the travel-ready navy Portslade Bag.

The adidas SPEZIAL SS21 collection is online now and available in both our Leeds and Nottingham stores on a first come, first served basis.